The Paul Ehrenfest Best Paper Award for Quantum Foundations recognizes outstanding and influential research contributions to the foundations of quantum physics. We are proud to announce the paper winner of this year. 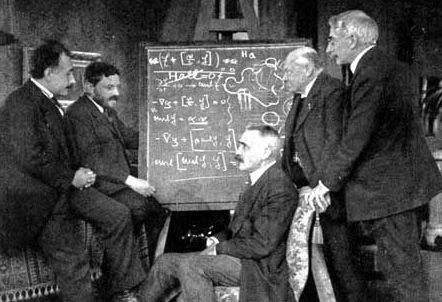 The award, established and awarded by the Vienna Institute for Quantum Optics and Quantum Information, aims to raise awareness on the relevance of the field of quantum foundations in modern research, and to draw attention to new and interesting achievements in the field. The prize is awarded to the most significant paper in foundations of quantum physics, theoretical or experimental, published in a peer-review journal in the five calendar years prior to the prize call (i.e., this year between January 1st, 2015 and December 31st 2019). Papers from all areas in the foundations of quantum physics, and by authors of any background, are eligible for the award, see the rules.

The winner of this year Paul Ehrenfest Best Paper Award for Quantum Foundations is:

The committee awarded the prize to Asenbaum et al. "for the measurement of gravitational tidal forces in an atom interferometer, thereby establishing a new telescope into the foundations of quantum theory and gravity."

This year's selection committee consisted of:

Markus Müller coordinated the selection process at IQOQI-Vienna and is looking forward to inviting you to the online public award ceremony and lecture to be announced soon here and on our Facebook page.