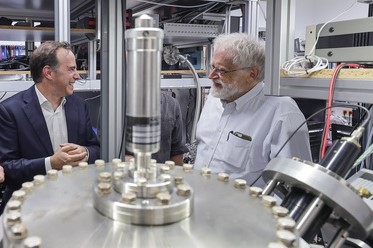 Of the world’s population of scientists, Highly Cited Researchers™ are 1 in 1,000, and according to this year’s ranking by Clarivate Analytics, 27 scientists working at or affiliated with the Austrian Academy of Sciences are among the world's most influential researchers; four of them are IQOQI members!

The basis for the annual rating is the citation database "Web of Science". It shows how often publications by a researcher were cited in the last decade (2011-2021). Apart from the number of publications, a scientist’s citation count is also considered a measure of the scientific relevance of their contributions. The "Highly Cited Researchers 2022" ranking currently includes 6,938 scientists worldwide.

We would like to congratulate our pioneers at IQOQI:

The Highly Cited Researchers 2022 list of all researchers ranked in the top percent in their scientific field can be found here.