How do gravity and quantum theory fit together? Peter Asenbaum and his co-authors have performed a groundbreaking experiment that may shed new light on this question. In a publication four years ago, they reported the first measurement of gravitational tidal forces in an atom interferometer. For this achievement, they have been awarded the Paul Ehrenfest Best Paper Award 2020 in an online ceremony this Monday. 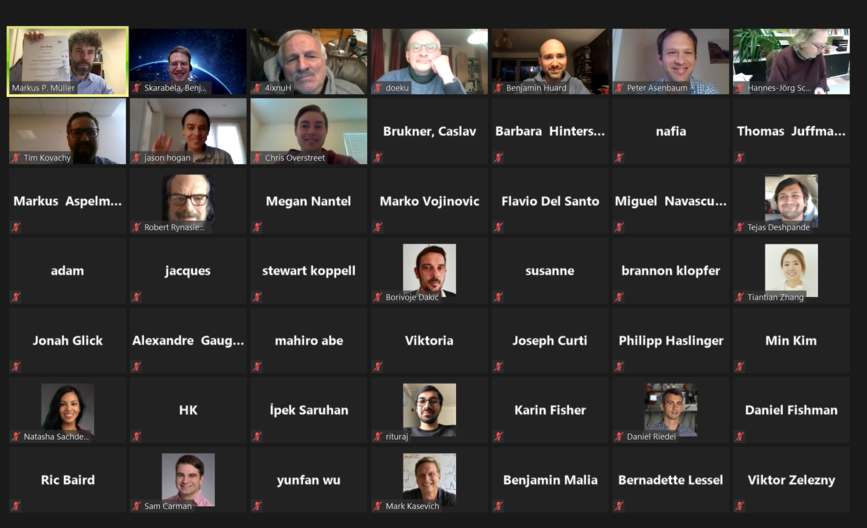 Due to the Corona pandemic, the event had to be held online. After a short introduction by committee member Markus Müller, prize winner Peter Asenbaum — formerly a physics student at the University of Vienna, now a research scientist at Stanford University — gave an exciting talk on the experiment and its scientific background. An audience of approximately 50 international participants followed the seminar, and a discussion session after the talk gave everybody the opportunity to ask questions.

The Paul Ehrenfest Best Paper Award is organized by the Institute for Quantum Optics and Quantum Information in Vienna to raise awareness for the field of Quantum Foundations. It is awarded annually by an international committee for the most significant publication in this field within the last five years. This year, the committee awarded the prize to Peter Asenbaum, Chris Overstreet, Tim Kovachy, Daniel Brown, Jason Hogan, and Mark Kasevic for their seminal experiment that “opened up a new telescope into the foundations of quantum theory and gravity”.

There will soon be a call for the next round of the Ehrenfest Award. Researchers working on fundamental issues in quantum physics from all fields and levels are eligible for nominations. More information will soon be posted on IQOQI Vienna’s website.