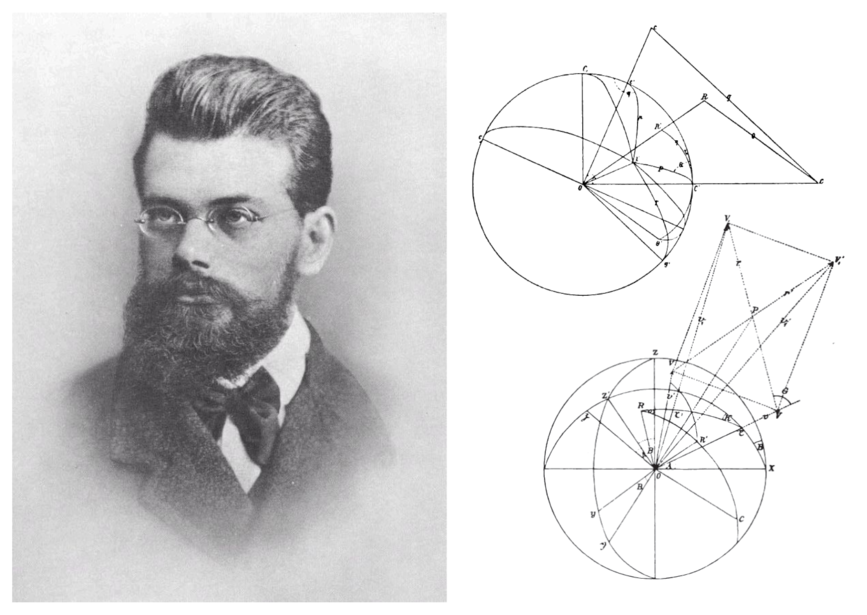 Born in 1844 in a Vienna suburb, Ludwig Boltzmann trained to become a physicist at the University of Vienna and its Physics Institute in the years 1863–68. Two outstanding figures of this Institute were the acting director Joseph Stefan and the sagacious amateur Joseph Loschmidt. Both supported molecular theories, especially the kinetic theory of gases that James Clerk Maxwell was then developing. Boltzmann benefitted from their guidance and enjoyed the friendly, informal atmosphere they brought to the institute. In this first Viennese period, he launched his program of a molecular-mechanical explanation of thermodynamic formula, obtaining the first important results in statistical mechanics through a daring multi-step generalization of Maxwell's law for the distribution of molecular velocities in a gas. Included were the Maxwell-Boltzmann law, the microcanonical distribution, and the ergodic hypothesis.

In 1869, Boltzmann moved to Graz on a chair of experimental physics. There he defined the canonical distribution and the associated entropy formula, and obtained the Boltzmann equation for the evolution of the distribution of velocities in a gas out of equilibrium. He returned to Vienna in 1873–76 as a full professor of mathematics. The next twenty-five years of his life were in Graz as professor of general and experimental physics, with a new physics institute under his lead. In reaction to an objection by his friend Loschmidt, he soon developed a statistical understanding of thermodynamic irreversibility and he gave a new definition of entropy directly based on probability. This is the origin of the famous formula (so written by Planck in 1900). In the 1880s, he developed still another approach in which stationary ensembles in phase space served as analogies to thermodynamic phenomena.

A growing load of administrative duties, deteriorating health, a series of painful losses in his family, and his tergiversations when offered a prestigious position in Berlin led to his first serious mental breakdown. He recovered in 1890 while accepting an attractive position in Munich. His return to Vienna, in 1894 on a well-endowed chair of theoretical physics, was not a happy one. His old friends Stefan and Loschmidt had died, and his mental health deteriorated, with frequent bouts of depression. He nonetheless enjoyed constructive discussions with his British admirers, and he forcefully replied to German objections to his theory. After an unhappy Leipzig tenure in 1902–03, he resumed his physics teaching activities in Vienna. In 1903, he succeeded Ernst Mach on the chair for the history and philosophy of inductive sciences, there emphasizing the mind's ability to construct its own images of the world, with much freedom under evolvable constraints. He took his life in the fall of 1906, despite the success of his philosophical lectures, despite his great imprint on Viennese physics as a researcher and teacher, and despite the recent integration of his methods in the core of a new physics of atoms, electrons, and radiation.

This liberal, jovial, at times fragile but enormously productive thinker taught us how to bridge the phenomena of the macro-world to the invisible micro-world. Deep and powerful, his insights and methods will forever remain an essential part of theoretical physics.

2001 Boltzmann’s atom: The great debate that launched a revolution in physics. New York: The Free Press.