Under certain conditions, the evolution of a quantum system can be rewound or fast-forwarded in time at will. Theoretical physicists from the Austrian Academy of Sciences illustrate how in their new paper, published in the scientific journal "Quantum". 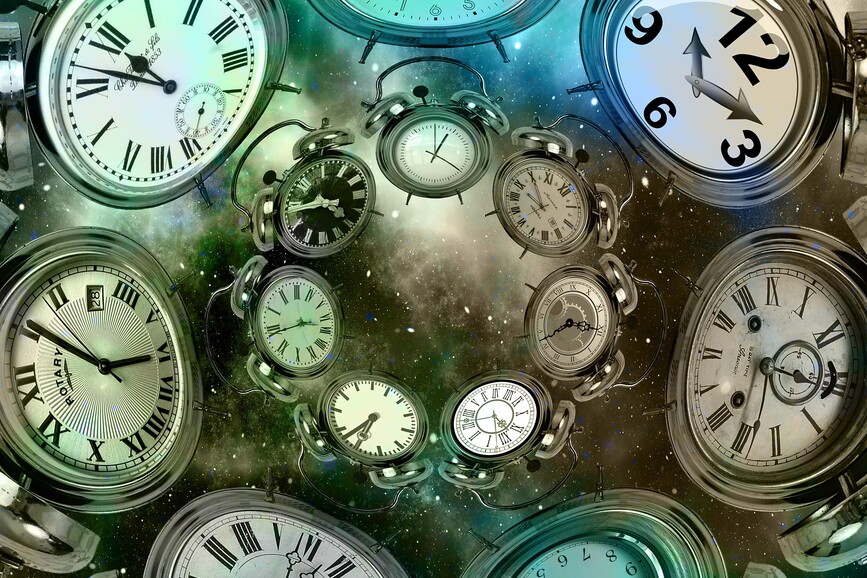 Returning a jar full of marbles to its initial state after extensive shaking is only possible if either the initial state or the rules of interaction between the marbles are completely known. This does not apply to the quantum world, as researchers at the Vienna Institute for Quantum Optics and Quantum Information of the Austrian Academy of Sciences (ÖAW) have discovered and now report in the scientific journal "Quantum". The scientists have developed a blueprint for experiments that allows to rewind any unknown quantum system - in the simplest case, a qubit (the quantum equivalent of a bit) - to the state that it had some time before. "We can send the state of the system five seconds into the past, for example. All we need to know is how many dimensions the system has i.e., the maximum number of distinguishable states the system can assume. In the case of a photon, that would be two" explains study author Miguel Navascués from the Austrian Academy of Sciences.

However, in this way, our qubit cannot be left in the state it had in the Stone Age. "We cannot move the state of a system back in time further than the duration of the experiment. If the experiment has run for ten seconds, we can rewind a system for ten seconds," says Navascués. To achieve this, the researchers produce a beam of quantum particles that collides with the target qubit. The particles are then subject to a quantum measurement with two possible outcomes: „failure“ or „success“. If the outcome is „success“, the state of the qubit is rewound by the desired amount of time.

Fast forward to the future

For any dimension, the researchers can develop a protocol that rewinds all quantum systems of that dimension. If several identical quantum systems are studied simultaneously, the experiment becomes even more interesting: it can be built to fast-forward to the future one of the systems involved. However, this only works if the other systems stop evolving.

"That doesn't work with a single qubit. Then I would have to wait ten seconds to forward the qubit ten seconds into the future. But if I have three qubits, I can fast-forward one of them ten seconds into the future in just 3.3 seconds, while I freeze the other two in time ", says Navascués. At the end of the experiment, the time-shifted qubit is in a state that it would have assumed 6.6 seconds later if it had remained undisturbed.

Borrowing time between several quantum systems in the same experiment also works in the direction of the past. If for instance three qubits are investigated at the same time, the scientists can freeze two systems to rewind a third one faster. For a single qubit, only the direction of time can be reversed, but time still flows at normal speed.

The possibility of moving any uncontrolled quantum system forwards and backwards in time could be theoretically also used to perform calculations faster. Since the technique works for any quantum system, we could also use it to manipulate a quantum computer. However, this would require using multiple copies of the quantum computer. By borrowing time from the other copies, one of the copies could be fast-forwarded to a time when the desired calculations are already done. "From today's perspective, it is unlikely that this will be done in practice," says Navascués.

But the physicists' publication is causing a stir among colleagues even without immediate practical applications. "When we submitted the paper for publication, the reviewers initially doubted our results. Fortunately, we had solid evidence," explains Navascués.