We congratulate Marcus Huber, group leader at IQOQI-Vienna, for his new position as Assistant Professor at the Technische Universität. He and his group just began their research activities at the Atominstitut of the TU this week, but they will also maintain a research position at IQOQI-Vienna. 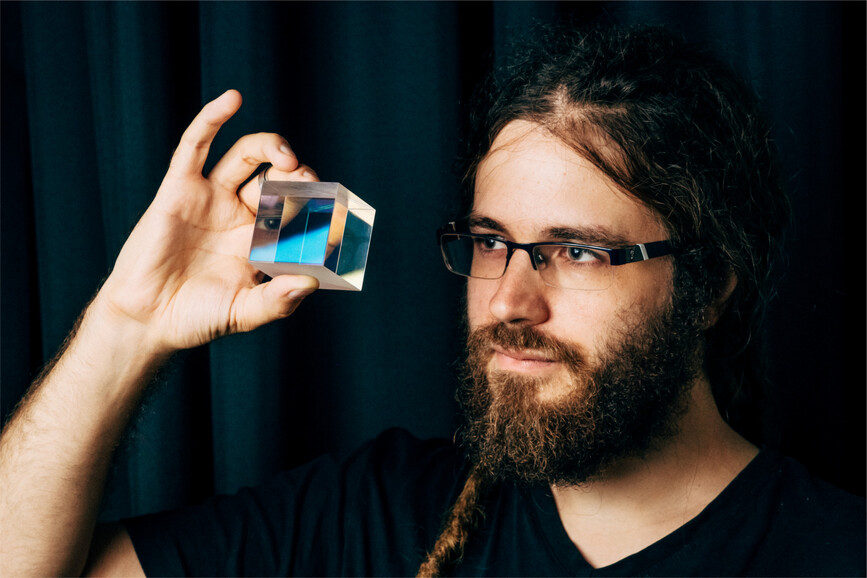 Marcus Huber studied at the University of Vienna, where he stayed for his PhD and a Post Doc. After several research positions abroad in Bristol, Barcelona and Geneva, and several competitive fellowships and awards such as the SNF-Ambizione, he came back to Vienna in 2016 as a group leader at IQOQI-Vienna with the FWF-START prize.

Here he formed his international research group, amounting to around 20 members today and continuously expanding. His group focuses mainly on theoretical research in the fields of quantum information and quantum thermodynamics, but also has built up experiments in quantum optics. He and his group are among the pioneers of the emerging field of quantum thermodynamics, that aims to understand how and if fundamental thermodynamic laws change when considering the nature of information to be quantum. In particular, they investigate the notions of energy, heat and work for quantum systems and the ultimate limitations on measurements of time imposed by thermodynamics. Besides their contribution to theoretical and experimental research, the group also has frequent experimental collaborations in the field of quantum optics, with the groups of Rupert Ursin and Anton Zeilinger at IQOQI-Vienna and with many other groups abroad.

Marcus Huber is also a founder of the open-access, non-profit and community-run peer-reviewed journal Quantum, an effort by researchers and for researchers to make science more open and publishing more transparent and efficient.

Dr Huber and his group will continue to engage in their successful research and their international collaborations now both at the Atominstitut of the TU Wien and of IQOQI-Vienna. Congratulations!