The theory of general relativity allows for time travel to the past: according to the theory, a particle can collide with its younger self. It is still uncertain if time travel to the past is actually physically possible, but a team of researchers from IQOQI-Vienna, Lugano (Switzerland) and Brisbane (Australia) show that some form of time travel is conceivable in theory: three parties can interact in such a way to be all both in the future and in the past of each other, without inconsistencies. Ämin Baumeler, co-author from IQOQI-Vienna, talked about the study on the ORF zib 2 news 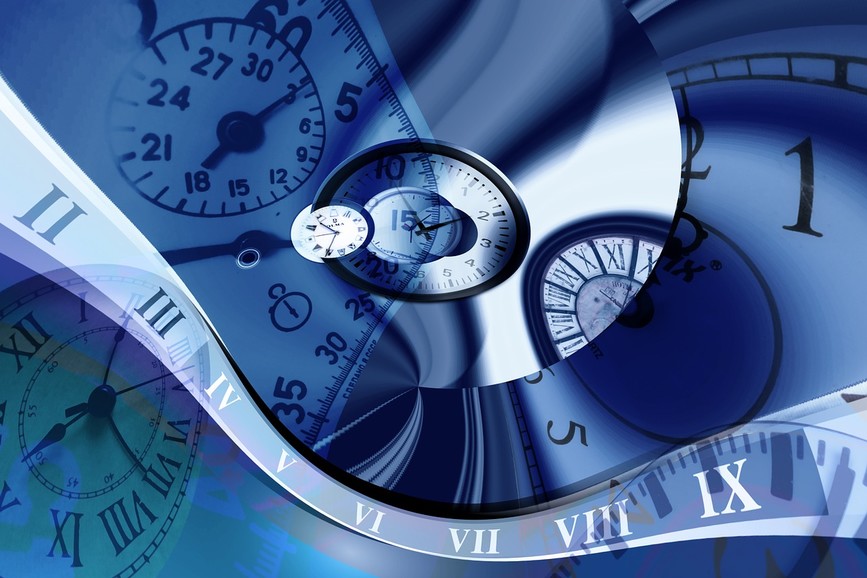 As Kurt Gödel in 1949 and others have shown, general relativity allows for the existence of closed time-like curves: some point in the causal future of the world line is also in its causal past. This situation can be described as time travel, meaning that an object could travel back in time and interact with its past self.  Currently, it is unknown if such exotic voyage is actually possible in our universe. If we prove it impossible, then the theory of general relativity will have to be altered to correct for this feature. If on the other hand this was possible, then many research questions on the dynamics of time-traveling objects would remain open.

A first objection against time travel is of a logical nature. Imagine a system of bouncing billiard balls where a ball can kick its younger self: the younger ball could be pushed off its path, in a way that prevents it to travel to the past to kick itself — a logical contradiction. This and similar experiments have been performed mathematically in the 1990s and the results are surprising: consistent trajectories for the billiard balls could always be found — no logical contradiction arises.

These results, however, shed light on a different problem. Often infinite logically consistent trajectories were found, thus raising the following question: which one would the billiard ball follow out? Although it is not known whether time travel is actually possible in our universe, its mere logical possibility poses the challenge to understand what type of dynamics could be expected in its presence. These problems have been thereafter studied by physicists with the help of quantum theory. The found models, however, have dramatic and surprising consequences and left many questions open.

In the paper "Reversible time travel with freedom of choice" just published in the journal Classical and Quantum Gravity, the team of researchers from IQOQI-Vienna, Università della Svizzera Italiana in Lugano (Switzerland) and the University of Queensland (Australia) showed that some form of time travel is conceivable and it complies with many desiderata. For instance, it shows that time travel is not in conflict with the local laws of physics, nor with the ‘freedom of choice’ associated with the possibility for an agent to perform arbitrary actions (for instance, reflecting the billiard balls in arbitrary directions), and the range of possible initial states is not modified (the possible ways to throw the ball do not have to be restricted). Moreover, they show that quantum theory does not need to be invoked to resolve the above-mentioned issues. These results open fascinating new avenues in studying the dynamics of time-traveling objects.