Researches experimentally demonstrated how an entanglement distillation scheme can be rethought to distribute quantum entanglement through noisy environments in a highly efficient manner. 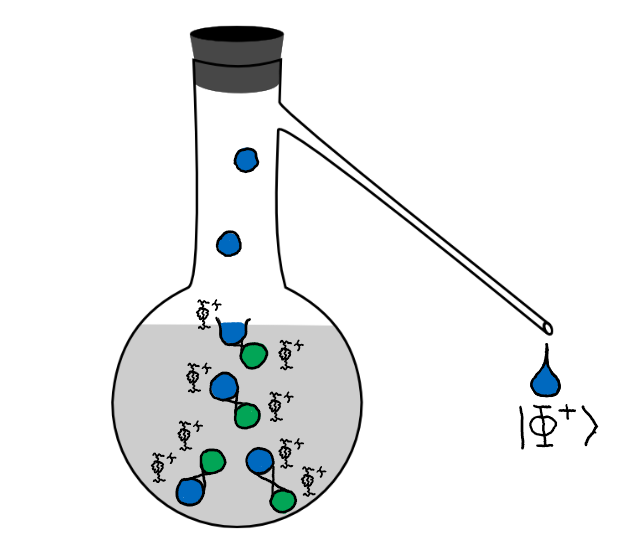 Entanglement, stemming from the quantum superposition principle, is one of the distinct properties of quantum physics. Unfortunately, entangled quantum systems are fragile and easily disturbed by their environment. During the distribution of entanglement, its quality is therefore frequently diminished beyond the point of usefulness for many tasks in quantum technologies such as quantum key distribution. In analogy to chemistry, several copies of diluted entangled states can be distilled into fewer copies of highly entangled and thus useful states. Commonly, these copies are physical carriers such as entangled pairs of photons. In the work by Ecker and coworkers, this paradigm is turned around by realizing entanglement distillation with only a single photon pair copy. This is realized by encoding the entanglement not only in one, but in two physical properties of the photon pair. In their experimental demonstration, the researchers showed high increases in the entanglement quality of single copies of a photon pair after distillation. The resulting distillation rates are orders of magnitude higher than previous distillation schemes and pave the way towards a high-capacity and noise-resilient quantum internet.