The quantum physicists Rainer Blatt, Anton Zeilinger and Peter Zoller, as well as Juan Ignacio Cirac and Jian-Wei Pan, will all receive the Micius Prize, which is being awarded for the first time this year. 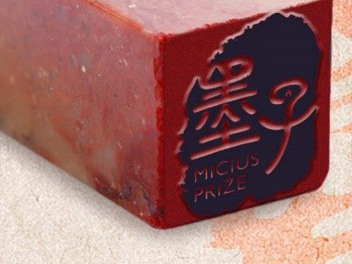 The Chinese Micius Quantum Foundation is awarding the prizes to promote outstanding research in quantum physics. The awards, which are endowed with up to one million yuán (approximately 150,000 US-Dollars), go to twelve physicists whose work has provided fundamental knowledge in quantum research, opening up opportunities for new applications worldwide. The Foundation announced the winners on April 26, five of them being members of the Austrian Academy of Sciences (OeAW) who are also researching or have researched at the University of Innsbruck, the University of Vienna and the Academy.

Success of basic research in Austria

"With this international award, the contribution of Austrian physics to the development of quantum technologies has been decisively confirmed", says experimental physicist Rainer Blatt. "This success is in part based on the fact that we in Austria have concentrated our efforts right from the start and conducted joint research on the fundamental questions of quantum physics, for example within the framework of special research programs of the FWF or at the Academy Institutes for Quantum Optics and Quantum Information."

"Austria may be a small country geographically, but in quantum physics it is an international heavyweight. The award of three Micius prizes by research giant China makes this clear", says Anton Zeilinger, who is also president of the OeAW. "These awards are a success for Austrian basic research, which recognized the great potential of quantum technologies early on. At the same time, I hope that the prizes act as a stimulus for politics to continue supporting quantum research in Austria and for young people to pursue their bold ideas in this field", Zeilinger adds.

"Austrian quantum physics enjoys a very good reputation worldwide, which is underscored by these awards", says Peter Zoller. "We are particularly pleased that many young scientists are continuing the successful work of recent years with enthusiasm. I hope that Austrian research policy recognizes this potential and promotes these young people as sustainably as it has done so far."

Rainer Blatt (born 1952) received his doctorate in 1981 from the University of Mainz, after which he conducted research with physics Nobel laureate John L. Hall at the Joint Institute for Laboratory Astrophysics (JILA) of the University of Colorado in the USA. In 1983 he went to the Free University of Berlin and from there to the University of Hamburg, where he habilitated in experimental physics. After a professorship at the University of Göttingen, he accepted a call to the University of Innsbruck in 1995. Since 2003, Blatt has additionally served as Scientific Director at the Institute for Quantum Optics and Quantum Information of the OeAW. He is also a member of the Academy. His research achievements include the first quantum teleportation with atoms. In recent years he has worked towards the essential building blocks of a quantum computer.

Anton Zeilinger (born 1945) received his doctorate in 1971 from the University of Vienna and habilitated at the Vienna University of Technology in 1979. After research at the Massachusetts Institute of Technology (MIT), where he worked with physics Nobel laureate Clifford G. Shull, he was appointed to the University of Innsbruck in 1990. This was followed by visiting professorships at the Humboldt University in Berlin, Merton College at the University of Oxford, and the Chaire International at the Collège de France. In 1999 he moved to the University of Vienna. In 2003, he became Scientific Director of the Institute for Quantum Optics and Quantum Information of the OeAW and has been president of the OeAW since 2013. Zeilinger is known for, amongst other scientific achievements, his experiments on quantum entanglement. In 1997, he demonstrated the first quantum teleportation. He has developed numerous components of an optical quantum computer and has published theoretical and experimental work on multiparticle entanglement. Recently, Zeilinger was significantly involved in the first quantum cryptographically encoded video call between two continents, which was conducted in 2017 between Vienna and Beijing with the help of the Chinese quantum satellite Micius.

Peter Zoller (born 1952) received his doctorate in 1977 from the University of Innsbruck. His research led him to the University of Southern California and to Auckland before he habilitated in Innsbruck in 1981. He was a Visiting Fellow and later Fellow at JILA and from 1991 Full Professor at the University of Colorado. In 1994 he accepted a call from the University of Innsbruck. Since 2003, the OeAW member has served as Scientific Director of the Institute for Quantum Optics and Quantum Information of the OeAW in Innsbruck. Visiting professorships have taken him to nearly every major center of physics in the world, including Harvard University, Tsinghua University, and the Max Planck Institute for Quantum Optics. Zoller is doing pioneering work in quantum optics and information processing. Thus, the most promising model of a quantum computer to date is based on a concept he co-designed with quantum physicist Juan Ignacio Cirac, namely the interaction of lasers with cold ions confined in an electromagnetic trap.

Profiles of the foreign OeAW members Cirac and Pan

Award ceremony in September in China

The prize will be presented to the winners on September 20, 2019 in the Chinese city of Hefei. It is named after the Chinese philosopher Micius, who lived in the fifth century BC and who discovered that light travels in a straight line. The prize committee is composed of representatives of major and internationally renowned Chinese scientific institutions, such as the Chinese Academy of Sciences, Tsinghua University in Beijing, the University of Science and Technology of China, and Zhejiang University in Hangzhou.

All Micius award winners at a glance