An international research group including quantum physicists from the Austrian Academy of Sciences and the Scottish Heriot-Watt University has succeeded in producing and verifying high-dimensional entanglements in systems of two photons. This enables faster and more secure communication, as the scientists report in the journal "Quantum". 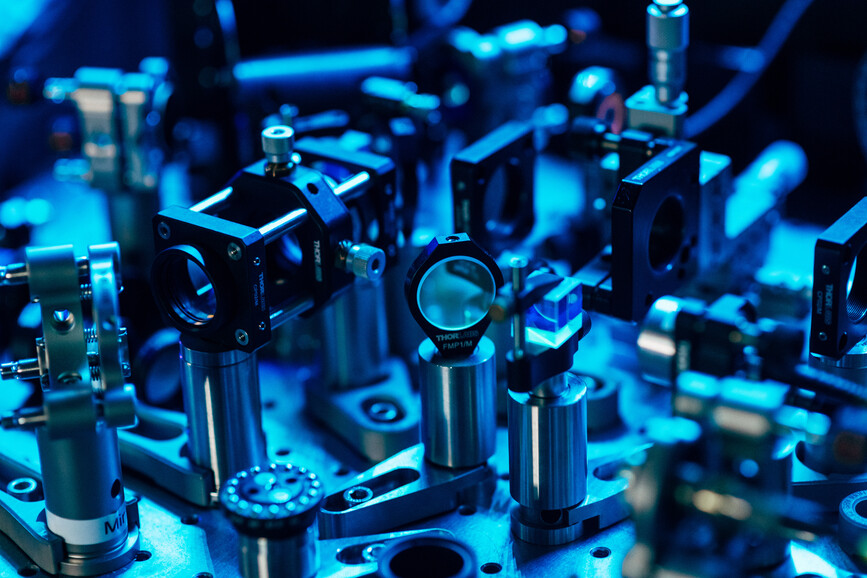 The rules of the quantum world promise new possibilities for secure communication, for example, by sharing entangled photon pairs. The problem with this approach is that such systems are not as stable as researchers would like them to be. "Information can be lost over long distances because there is always background noise, for example from photons from the sun," explains Marcus Huber from the Vienna Institute for Quantum Optics and Quantum Information of the Austrian Academy of Sciences.

This places practical limits on both the bandwidth and the security of such communication channels. Together with colleagues from Heriot-Watt University in Edinburgh, as well as from Bratislava and Brno, the researchers have now developed an approach that overcomes these limits by entangling photons in several dimensions. "The simplest type of entanglement has two dimensions and is often realized via the polarization of photons. If one half of an entangled pair is horizontally polarized, the other photon is always vertically polarized. But photons can do a lot more," explains quantum physicist Nicolai Friis from IQOQI-Vienna.

In addition to polarization, other properties of photons are suitable for realizing entanglement. "Simply put, the spatial structure of photons can be measured by taking photos. We divide a kind of image sensor into 97 areas – or pixels – according to a special pattern and measure where the photons hit. In this way, we can entangle a pair of photons in 97 dimensions. The two photons in a pair then always arrive in the same pixel," Huber says. In a publication in the journal "Quantum", the scientists show not only that they can produce high-dimensional entanglements, but also that they can reliably verify them.

"We can verify an entanglement in 19 dimensions in about three and a half minutes – approximately 100 times faster than before. We also demonstrated entanglement in 55 dimensions, which is another record," says Friis, co-author of the study. The bandwidth increases with the increasing dimension of the entanglement, but not linearly. With entanglement in two dimensions, 0.7 to 0.8 bits can be transmitted per photon. This is because photons are always lost. "A pair of photons entangled in 16 dimensions can transmit as much information as four pairs in two dimensions. But it also depends on the external circumstances, because there is always interference in the air, cables or other transmission paths," Friis says.

The number of dimensions in which a pair of photons can be entangled is practically unlimited. "The spatial structure of a photon has, in principle, infinite dimensions and in our experiment is only limited by the resolution of the pixel sensor. So far, we have been able to verify the entanglement for 55 dimensions," says Huber. In the future, pairs of photons that carry 10 to 100 times as much information as two-dimensionally entangled systems could become practically feasible. The more dimensions the entanglement has, the more resistant it becomes to background noise and loss of information.

How much information a single photon can theoretically carry is an open question. In any case, with the knowledge now gained, the practically usable bandwidth increases significantly. "Until now, verification was very slow and anything that was entangled in more than two dimensions was considered high-dimensional. We have managed to put new dimensions into practice," Friis says.