With the help of the computer algorithm Melvin, quantum researchers from the Austrian Academy of Sciences and the University of Vienna have developed a new approach to manipulate complex constellations of entangled light particles in a targeted manner. The method published in the journal "Physical Review Letters" could prove to be extremely valuable for the creation of quantum computers. 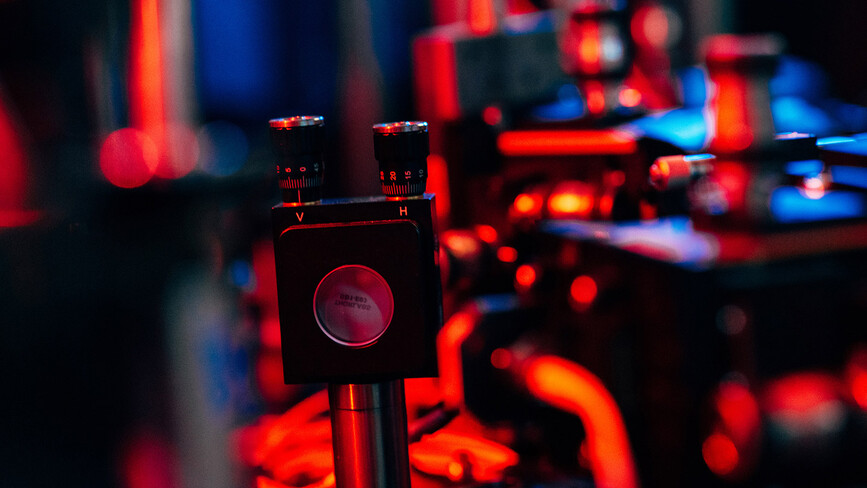 If you want to send or manipulate quantum information with the help of light particles, then you must be able to precisely control complex ensembles of photons entangled in several dimensions. This is already possible in the laboratory for comparatively simple constellations. But to be able to fully exploit the advantages of quantum technology, the photon assemblies must be larger and more complex. In a new publication in the renowned journal "Physical Review Letters", physicists from the Austrian Academy of Sciences (OeAW) and the University of Vienna including Anton Zeilinger have presented a new approach. This approach makes it possible to construct and precisely control very complex systems of high-dimensionally entangled photons; for example, circuits that could process information in a future quantum computer.

"In simple special cases with two photons, it is already possible to control such systems in the laboratory. With the help of our computer algorithm Melvin, we have found a generalization that allows us to manipulate constellations of several photons. Our light particles are entangled in several dimensions due to different wavelengths or spatial structure and can thus code for more than one bit of information. It should also be possible to implement this new approach in the laboratory in the foreseeable future, at least for entanglements in three to four dimensions," says Mario Krenn, one of the authors of the publication, who researches for (amongst others) the Institute for Quantum Optics and Quantum Information of the OeAW and who currently works at the University of Toronto.

What is remarkable about the researchers' new approach is that the critical steps were found by a computer algorithm. "The algorithm is equipped with the tools that are also available to us researchers in the laboratory. At first, it tries out a few new steps based on known solutions for simpler systems and quickly learns to optimize its approach based on intermediate results. So, the algorithm actually develops creative approaches for more general solutions," Krenn says. "In our case, these were two tricks that researchers had not yet thought of. In contrast to classical machine learning approaches, it is not only the computer that learns, but also the researcher," the scientist says.

To find solutions for the tasks that the researchers set, Melvin needs a lot of resources. For the results just published, 80 computing cores calculated for three months. "Then the real work for us researchers began. We gradually managed to understand the solutions Melvin had found and thus broadened our basic understanding of the manipulation of multi-particle systems," Krenn says. The result: completely new approaches for experimenters.

"In contrast to classical systems, quantum systems collapse when a measurement is made. For simple quantum systems, non-destructive indirect measurements are already possible. Melvin has now found a way of making this possible for more complex systems," Krenn says. This works by shifting all the relevant information about the transformation of the photon system that researchers want to measure into additional ancillary photons. These additional light particles can be read without destroying the entanglement of the photons with which the actual information processing is performed.

The same approach allows the system to be controlled without the interactions that normally occur destroying the system. Here, too, the system is influenced indirectly via ancillary photons. "Melvin has managed to move all of the action in a photon system with which information can be processed into a complex state of ancillary photons. With the support of the algorithm, we now know exactly how and why this works," Krenn says.

The new approach also clearly specifies which techniques still need to be refined to be able to implement the results in the laboratory. If that works, it could open up new possibilities for quantum communication with more bandwidth and, above all, for the construction of more powerful quantum computers. "We hope that in a few years we will see smaller systems that use our ideas in laboratories. In theory, the complexity of the systems that can be achieved with our approach is not limited. However, the complexity of the systems of ancillary photons also increases when the information processing becomes more complex," Krenn says.