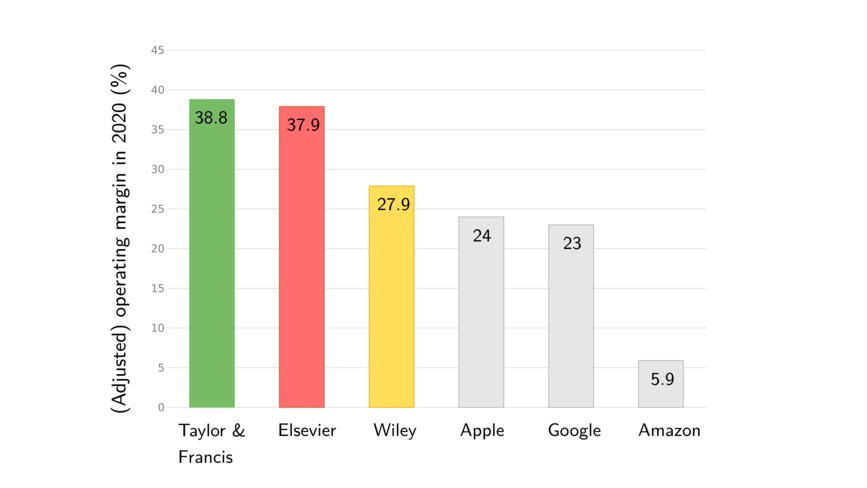 To be found in 'Against Parasite Publishers: Making Journals Free' (2022)

While the Police warns university students against use of Sci-Hub[1], I would also like to attest to how dangerous this website can be.

Sci-Hub was created in 2011 by a young researcher from Kazakhstan, Alexandra Elbakyan. She had one terrible plan: making academic articles freely accessible online. This malevolent endeavour has soon become the nightmare of commercial academic publishers. To understand why, it is important to be reminded of the economic model of these publishers. In a 2005 report, Deutsche Bank expressed this very clearly: “the state funds most research, pays the salaries of most of those checking the quality of research, and then buys most of the published product”[2]. Thus, commercial publishers have proved admirably smart by letting the state pay for the production of knowledge, while managing to become, at the end of day, the owner of this knowledge and in a position to sell it. The economic market recognises the incredible value of such a clever system, as commercial publishers make profit margins approaching 40%, more than the big tech companies like Apple or Google. Who wouldn't want publishing companies funnelling money out of researchers’ pockets?

Meanwhile, Sci-Hub has pushed millions of brilliant researchers around the world to become outlaws. Most of them don’t realise how their seemingly harmless downloads jeopardise the economic health of leading companies like Elsevier or Springer-Nature. If they continue, libraries may soon realise that they don’t need to pay high subscription fees to access articles, and public institutions may be tempted to support the creation of diamond open access journals! Fortunately, the commercial publishers are prosecuting Sci-Hub in numerous countries to have the pirate website blocked. But the battle is hard. No later than August 25th 2022, the White House has updated the US policy guidance to make the results of taxpayer-supported research immediately available at no cost.[3] Will the next step make Sci-Hub legal? After all, the pirate website is just ignoring foreign copyright, which was indeed the official US policy before 1888[4].

University students should know about it: the academic publishing system is undergoing systemic change and commercial publishers are not certain to win the game. To light up the minds, the Basic Research Community for Physics (BRCP) has just published a report on the academic publishing system[5]. In about 20 pages, it makes a clear case about the problematic situation, it investigates tentative solutions and makes a series of recommendations to researchers but also to politicians and institutions. Commercial publishers will be pleased to know how much better research can be done… without them.

[2]S. Buranyi, Is the staggeringly profitable business of scientific publishing bad for science?. The Guardian, 27/06/2017.

[4]T. Munro, Comment to “What is Alexandra Elbakyan’s motivation for creating and running Sci-Hub?”. Sauropod Vertebra Picture of the Week, 28/02/2016.