By Climerio Paulo da Silva Neto (Assistant Professor of physics and history of science at the Federal University of Bahia, Brazil) 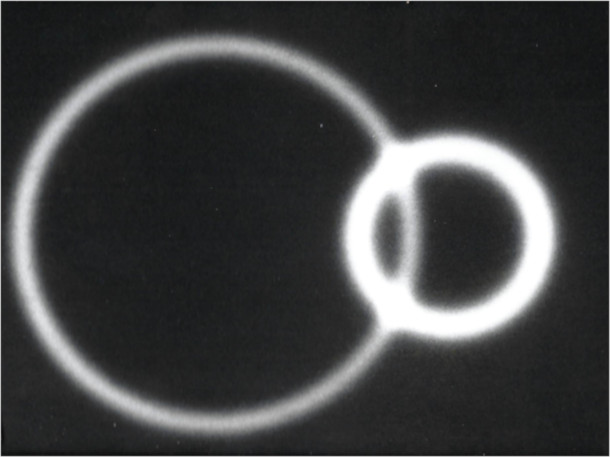 Original photo from an early experiment with entangled photons carried out by A. Zeilinger's group. Credit Paul Kwiat and Michael Reck

In the last two decades, researchers at the Institute for Quantum Optics and Quantum Information (IQOQI) of the Austrian Academy of Sciences, and their international network of collaborators, have marveled the world with impressive feats such as the first quantum teleportation and the cosmic Bell tests. Amid their sophisticated instrumentation, it is easy to overlook the source of entangled photon pairs that Anton Zeilinger dubbed “the super source” and "the workhorse” of entanglement experiments. Experimentalists have become so familiar with it that they no longer need to describe, or even think about, how pumping a nonlinear crystal with an intense laser beam creates pairs of entangled photons in a process known as spontaneous parametric down-conversion (SPDC). They most certainly do not consider how the history of that source is entangled with geopolitical power struggles and reveals how physical knowledge and instruments then crossed geographic, disciplinary, and secrecy borders.

A nonlinear effect resulting from high-intensity light scattering by crystal lattice, SPDC was one of the phenomena waiting for the unique combination of power, monochromaticity, collimation, and coherence of laser light to be discovered. In 1961, shortly after the invention of the laser, Peter Franken observed the first instance of such nonlinear phenomena at Michigan University focusing a laser on a quartz crystal. A faint light ray of frequency twice that of the pumping laser appeared due to fusing photons. The effect was interesting enough to promote the study of laser-light scattering in crystals. Still, what made scientists and governmental agencies highly interested in studies of the nonlinear effects that happen when one focuses lasers into crystals was the prospect of high-power military lasers, which presumably could shut down airplanes and missiles. Much of the knowledge of nonlinear optics in the early 1960s originated in classified settings and crossed the borders between academic and military research.

Thus, it is not surprising that physicists in the United States and the Soviet Union, which invested heavily in lasers' potential military applications, pioneered the investigation of SPDC. What is surprising is how intense the East-West interactions were. In 1966, a physicist of Moscow State University named David Klyshko presented the first prediction of the SPDC. He claimed that one would observe a coherent photon decay by pumping a lithium niobate crystal with an intense CW laser. The process would create two photons, respecting energy and momentum conservation laws. He also provided the formulas for the intensity and frequency of the scattered radiation.  Whitin months, experimentalists in both the USA and USSR confirmed his predictions. In an intense East-West exchange, by 1970, physicists working in quantum and nonlinear optics showed that SPDC was a source of nonclassical photon states and that the photons pairs created in the process held momentum, energy, and polarization correlations, later recognized as instances of entanglement.

Meanwhile, from the late 1960s through the 1970s, physicists interested in quantum foundations were struggling to develop a rather complex and relatively inefficient source of entangled photons based on atomic beam excitation. Remarkably, it took more than a decade for them to discover that SPDC could be a much simpler and more efficient source of entangled photons and that they did so thanks to the East-West scientific exchange.

The Soviet physicist Vladimir Braginsky was visiting the University of Maryland in 1983 when he saw Carol Alley and Yanhua Shih struggling to calibrate their photodetectors to test the complementarity principle. He suggested using Klyshko's calibration technique based on SPDC. Familiar with Bell tests, Shih and Alley realized that the photon correlations which predicated the calibration technique could also test Bell's inequalities in a much more straightforward way: "You have a laser, you have a crystal, and you generate a pair immediately. You don't need to spend millions of dollars like . . . [Alain] Aspect did." Around the same time, the quantum optics group led by Leonard Mandel, knowing of the Maryland experiment, got interested in Bell tests and also applied the SPDC source for that purpose.

Those experiments put SPDC under the spotlight of the quantum foundations community. In 1990, Michel Horne, Abner Shimony, and Zeilinger, revisiting early experiments with SPDC, showed they were remarkable instances of the quintessentially quantum effect of entanglement. They advertised the source as a new chapter in the history entanglement, promoting it within the growing community of physicists interested in entanglement. From then on, truly international teams worked to refine and apply SPDC as a source of entangled photons.

This story shows that despite the Cold War, the Iron Curtain could be more permeable to knowledge than the borders between sub-disciplines of physics and between sub-communities of physicists working, respectively, in strategic fields of Cold War physics and those devoted to quantum foundations. Today, as a primarysource of entangled photons, SPDC continues to move swiftly through geographical and geopolitical borders, as we may observe in the prolific collaboration between the IQOQI and the Chinese Academy of Science, which explores the potential of entanglement for satellite-based communications. Curiously, while facilitating communication through national borders, applying quantum cryptography protocols to satellite communication, this collaboration promises to strengthen the boundaries between open and confidential information.

More details and references  about the origin of SPDC can be found in Climério Paulo da Silva Neto, “Instrumentation and the Foundations of Quantum Mechanics,” in The Oxford Handbook of the History of Quantum Interpretations, ed. Olival Freire Jr. et al. (Oxford: Oxford University Press, 2022), 587–614.