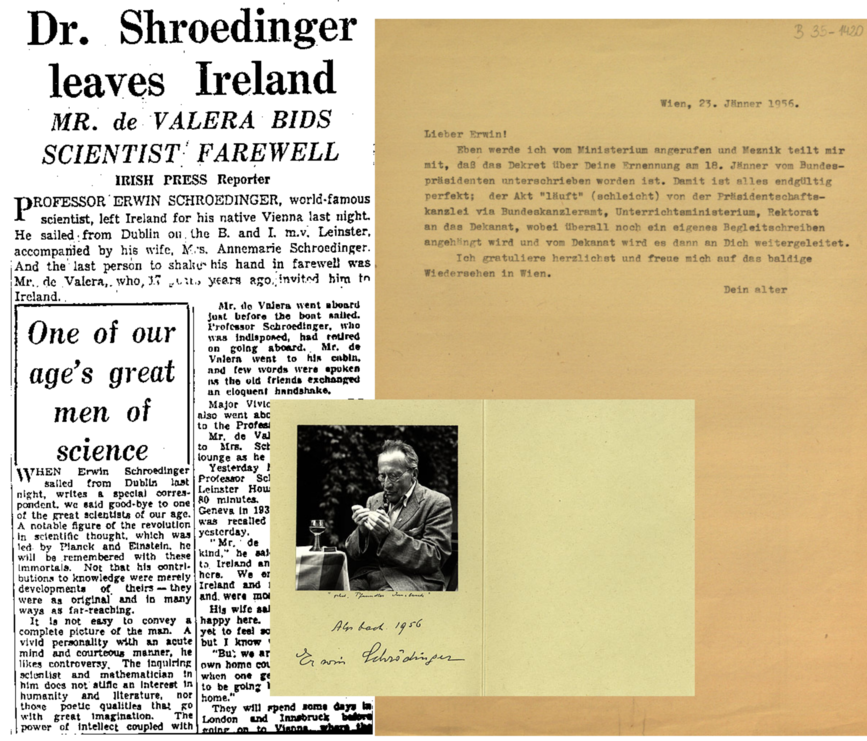 Caption – Left: Excerpt from the newspaper “Irish Press Reporter” of 1956 announcing Schrödinger’s return to Vienna. Right: A letter from Hans Thirring, professor of theoretical physics at the University of Vienna and close friend of Schrödinger, in which he reports that the Latter has been officially appointed professor in Vienna from the 18th of January 1956. Middle: A signed photograph of Schrödinger taken in 1956 in Alpbach (Austria).